Some thoughts on the importance of appreciating the immensity of earth's history. 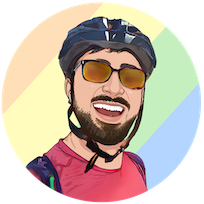 This week I went to a museum and saw a rock. A rather nondescript chunk of limestone with a charcoal black inclusion slightly smaller than my thumb.
But this rock was from another world, a hot ocean world filled with unrecognizably strange creatures ill fit to our current biological taxa. A world distant from us not in space, but in time.

Four hundred thousand millennia ago the limestone cliffs of my home continent lay beneath a tropical sea filled with trilobites flourishing in the Ordovician sauna. The vertebrate saga had barley just begun, but already for three thousand million years creatures had crawled along the sand and algae filled the seas.

Imagining the vast gulfs of time separating us from the ancient algae blooms we burn in our cars is frustratingly difficult, any attempt to substitute with a more concrete analogy misses the mark. And why should such a skill come easily?
Until now there has been no selective advantage to monkeys capable of being paralyzed in awe of the rich prehistory of their world.

In the last century or two, the very latest moment of cosmic time, our relationship with the world has changed greatly, and with it the hills and valleys of the evolutionary landscape. With the speed we have attempted reckless dominion over our home planet, the important selection pressures of the future may not operate on individuals, but rather on the level of whole technological worlds.

If our little experiment with civilization played itself out innumerable times across the cosmos, what characteristics provide the fitness to thrive?
Would those worlds clinging to their memories of the recent centuries or those who have thought deeply about the immensity of Time be more likely to prematurely extinguish themselves on the shores of the infinite future?

Surely it is more likely for a world to have a future if understands the long term consequences of its actions. And such an understanding requires an appreciation of the depth of Time.

So grab a rock. Go stare at a fossil. Climb a mountain or let the sands of the seashore filter through your toes. Experience the creeping feeling that we are living hot and fast lives on the surface of deep time. Let it change you.

◀ Topologizing The Space Of Distributions
Life in Hyperbolic Space ▶